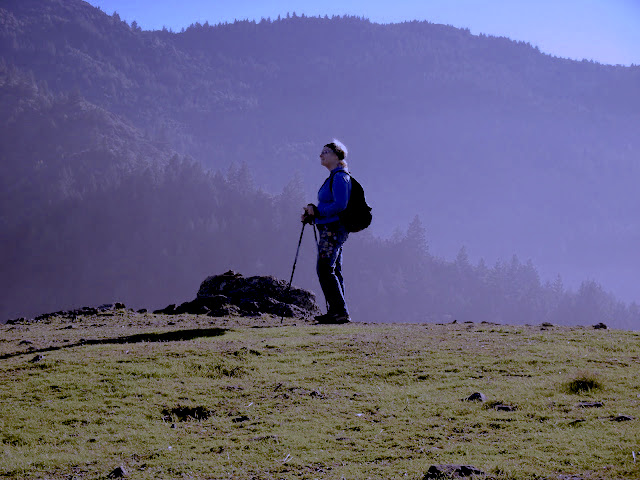 One day, she “felt queasy,” so she drove herself to the doctor’s office for what I thought would be a routine checkup. (She mentioned Lyme disease as a possible worry). An hour or so later I got a phone call: Tania was being taken to the hospital for another procedure, could I come down to the office and move her car, since it was parked on the street and would get a ticket. Still nothing too alarming: if she’s more worried a parking ticket than whatever they’re taking her to the hospital for, it couldn’t be too bad.
So I thought.

Only later, at the hospital, between two desperate heart surgeries, did they tell me that she had had a heart attack right in the waiting room. It would have killed her, if they hadn’t had a defibrillator close at hand to rescue her. In this brief, lucid interval between surgeries, Tania still seemed to feel that she was experiencing an inconvenience, not a crisis. The way a parking ticket would be an inconvenience.

After the second surgery, she was in intensive care—intubated, to make sure she got enough oxygen, and therefore sedated, so she could tolerate the tubes. At first, my questions were, how long before she’s well? And the doctors’ answers were like, she’s strong, her chances are good. But day after day, the situation failed to improve. And my questions became, will she get well, at all? And the answers more like, she’s very sick, we hope for the best. Until, after 8 days of these questions, it was down to, only heroic measures will keep her going. And that’s a hard no. We have to let her go.

After so much waiting, there was suddenly much to do. It was Thursday night. To do the natural burial she had requested, we would have to claim the body immediately—but first, we needed some paperwork. So Friday was a mad rush (thankfully, I had an experienced and loving death doulah to guide me through all the details) to get the paperwork done, claim the body, and bring it home before offices closed for the weekend. I don’t remember when we arranged for the burial plot, but it got done, and paid for. It was Labor Day weekend. Tuesday I went to the bank to close her account. The fresh-faced young teller greeted me with a grinning “Did you have a fun weekend?” I said nothing, my face as inscrutable as stone (see comment below). We got the transaction done, but the boy wasn’t finished. He asked again, with the same cheer: “Did you have a fun weekend?” I reply evenly, “I spent it making funeral arrangements.” His face fell with a crash so unguarded that I could hear it bouncing off the floor. Seeing his reaction gave me a weird satisfaction: he suffered more from his humiliation, at the moment, than I did from my loss.

Why do I remember that one moment? Maybe that was a sort of turning point. The next day, a small circle of intimate friends came to our home for a body-washing ritual. Thursday, the wake, with many more friends. I was grieving, of course, but starting to feel myself again. It’s good that we had an extended community of caring friends, so I would not remain lost in my sense of loss. Then the burial—as she requested, totally natural, wrapped in a pretty shroud (somehow we found time to shop for that, too), on a little rise next to a cedar grove. Perfect. The grave is unmarked; not by prescription, but by circumstance. She has returned to Earth.

Her death and burial did not end her existence. I had at least two memorable encounters with her spirit. The lesser of these was reported HERE.. The greater—I cannot write of that. But here’s some pictures to give you an idea.

Aside from that: I kept wondering, what was Tania’s spirit doing during those 8 days she was unconscious, between the worlds of life and death? From this query, a narrative emerged, which brought me great satisfaction—for what it’s worth. I’ve posted that HERE–password “Recycling”